Search for a recipe here....


A famous dish originated from a District in Iloilo City called Molo. 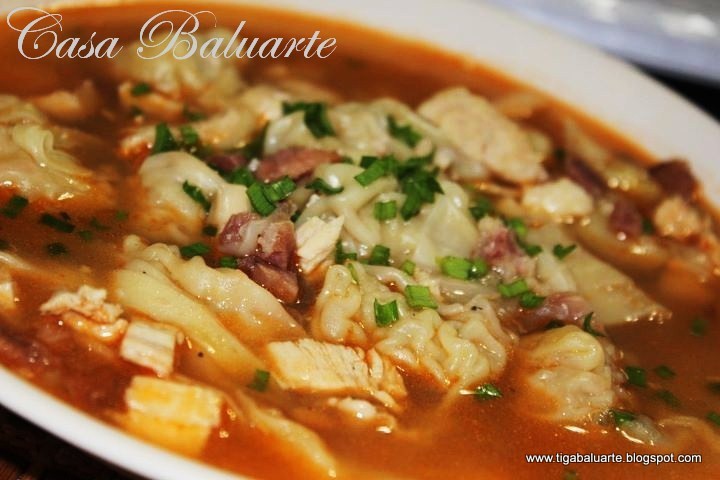 For the Molo balls you need:

Mix all above ingredients and chill for an hour before wrapping.

After wrapping leave it out in the air to allow the molo balls wrapper to dry to avoid it from sticking to each other. 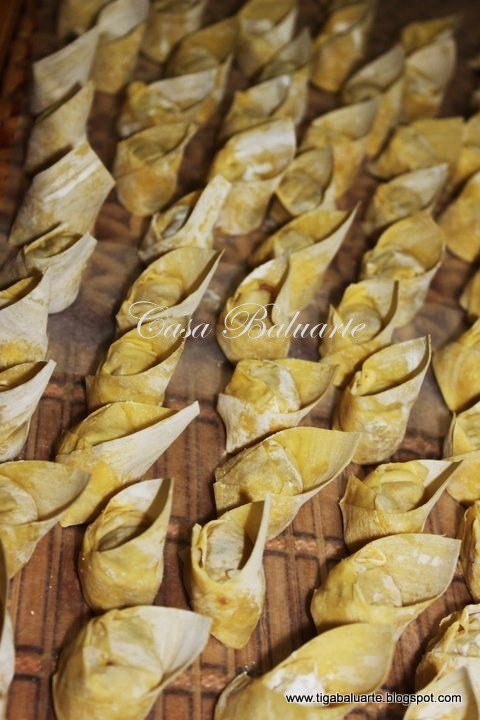 For soup base you will need:

2. Boil chicken till cook. Let it cool then shred. Set aside.


3. From the chicken broth boil the shrimp. When you see the shrimp all orange remove from the broth. Let it cool first then peel the shell.

4. Pound the shrimp head using the back of the knife or better if you have "almires". Scoop some of the broth and mix with the crushed shrimp head. Mix and drain and add the to the remaining broth.


7. Now you could add the molo balls. Once the balls start floating from the broth that tells you its done/cooked.

8. You could sprinkle sliced/chopped chives and chopped brown garlic on top.